Yesterday was Independence Day. Whoohoo. We all dressed in our patriotic best and sweated like some animal that’s grosser than a pig during our neighborhood’s first annual parade (seriously, there were drops going down my back).

We walked up and down our streets with around 75 people all decked out in red, white, blue, and sweat – lots of sweat. Someone carried a boombox with patriotic music playing, and people stood on their lawns to cheer. We had a low-key block party too, which was a first, and then nearly had heart attacks when people set off HUGE fireworks later in the night. It looked like lightning, and felt/sounded like an elephant had just dropped from the sky – and they set off plenty of car alarms. Yay for good ol’ American fun 🙂

Did you notice that for some reason, it’s not politically incorrect to use the word “God” on the 4th? Yesterday people played classics like “God Bless America” and stuff like that for the parade. We had the fireworks in D.C. on tv later, and Tom what’s-his-face ended it with “God Bless America”. Yay! Now my question is: why can’t every day be like that? 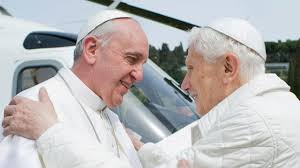 Did you know that Pope Francis has his first encyclical out today? In high school I read quite a few, and grew to really enjoy poring over them (even though it takes a long time). Our past Popes had quite a lot of wisdom, which is evident in these letters. I especially liked the one on freedom. This recent one (which was started by Pope Emeritus Benedict and finished by Pope Francis) is called The Light of Faith. I can’t wait to read it when I have a little more time on my hands.

Okay, one last thing about the 4th. I loved this article which talked about why the Gettysburg Address is more significant to read than the Declaration of Independence. Amen! I really enjoy reading it, so here’s the text for you:

“Four score and seven years ago our fathers brought forth on this continent, a new nation, conceived in Liberty, and dedicated to the proposition that all men are created equal.

Now we are engaged in a great civil war, testing whether that nation, or any nation so conceived and so dedicated, can long endure. We are met on a great battle-field of that war. We have come to dedicate a portion of that field, as a final resting place for those who here gave their lives that that nation might live. It is altogether fitting and proper that we should do this.

But, in a larger sense, we can not dedicate — we can not consecrate — we can not hallow — this ground. The brave men, living and dead, who struggled here, have consecrated it, far above our poor power to add or detract. The world will little note, nor long remember what we say here, but it can never forget what they did here. It is for us the living, rather, to be dedicated here to the unfinished work which they who fought here have thus far so nobly advanced. It is rather for us to be here dedicated to the great task remaining before us — that from these honored dead we take increased devotion to that cause for which they gave the last full measure of devotion — that we here highly resolve that these dead shall not have died in vain — that this nation, under God, shall have a new birth of freedom — and that government of the people, by the people, for the people, shall not perish from the earth.”

The weather has been CRAZAY over here lately with somewhere around a week (I can’t remember how long) of upper 90’s or a little over 100 degree weather. Usually we have maybe a few days or a week later in the summer with this kind of heat, but not this year. I attribute it to global warming 😉

I am so excited about being President of Ravens Respect Life next year! It’s going to be a HUGE amount of work, but I am gearing up and getting ready to make an impact with my other officers on the students at BC. I feel like Syndrome (is that his name?) from the Incredibles when he says “Ooooooo, this is just too good!” except for the fact that I’m not an evil person with a plan to take over the world.

I’m trying to think of what to write. Any suggestions? I want to write more about Catholicism, why I’m Catholic, and introduce my readers to concepts of a deeper and more authentic life (which I’ve been reading about). I can also write about femininity, and pro-life issues. But I’d really love to explore topics that YOU are more interested in seeing. Let me know in the comment section below!