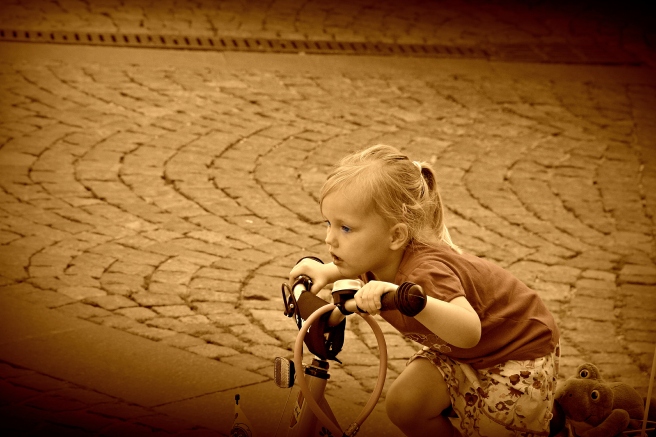 You’ve seen the stories: a little boy, born completely male, likes pink and Barbies. Upon questioning from his parents, they come to the revelation that he feels like a girl so they decide that he’s actually a girl. And viola! The child’s identity has been completely changed.

I recently read a story just like that. They’ve always kind of rubbed me the wrong way.

While I know it’s true that there are people who are hermaphrodites and are born tansgendered, these stories seem different. The child seems to prefer things stereotypical of the opposite gender, and that leads the parents to believe they are identifying the child as the wrong gender.

Recently I read this story about a woman who grew up loving football, playing with sticks, hunting with her dad, and desperately wanting to be a boy. In every sense of gender norms in America, she was the son her father never had, like she jokes about. She loved the things many boys do but “[h]ad they told me that liking these things made me a boy, I would have concluded that I was a boy.” And now she a happily married mom.

Reading this article helped me articulate something about these stories. It’s not the family’s struggles that bother me. I’m sure many of their struggles are real, and am not here to tell them they were wrong. What I do want to say is this:

It’s funny to me because America is all about smashing gender norms nowadays. But if a child seems to step outside what we judge as normal gender boundaries, BAM! They are obviously supposed to be the other gender.

We want girls to be CEO’s, and for men to stop hating on women. We want the phrase “like a girl” to be more positive, and for us to identify bossy girls as future leaders. We want to stop playing Russian Roulette with our children’s lives by assigning them a gender at birth. Basically, we want girls to be just like guys and for them to do the same exact things.

How are we doing that if a girl who likes sticks is automatically considered a boy?

“They just let me be me. They let me be a girl who wore jeans more often than skirts. They let me play with slingshots rather than princess wands. They didn’t conclude that I was gay, or transgender. They didn’t put me in a box that would shape my future, at the expense of my own free will.”

That’s pretty powerful. If we want to stop kids from being bullied and judged for their gender identity, then stop labeling them. Let’s play with kids no matter what their preferences are. Stop telling them “liking sticks makes you a boy” or “liking pink makes you a girl”, because it doesn’t.  It’s what makes them the unique person they were created as.

What do you think?

3 thoughts on “Maybe she isn’t transgender: tomboys and kids in America”