If you haven’t been seeing all the news stories and posts on social media, Pope Francis visiting the U.S. had kinds of been a big deal. Instead of being trampled by other enthusiastic pilgrims, I’ve been living vicariously through them by watching the live feed, other videos, and news stories.

Because Pope Francis is reaching so many people and touching so many lives, I figured, why not share his love in this space? Here’s a reminder from him that there’s hope in the world:

Kissing all the people after Mass! 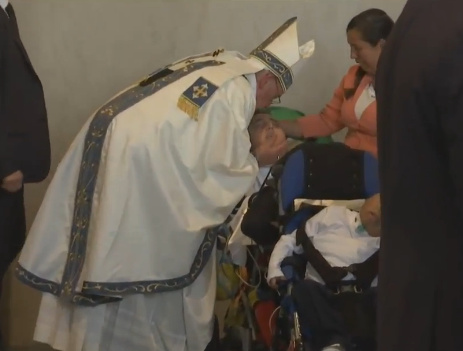 A moment from Mass with Cardinal Dolan (shared by Lino Rulli): 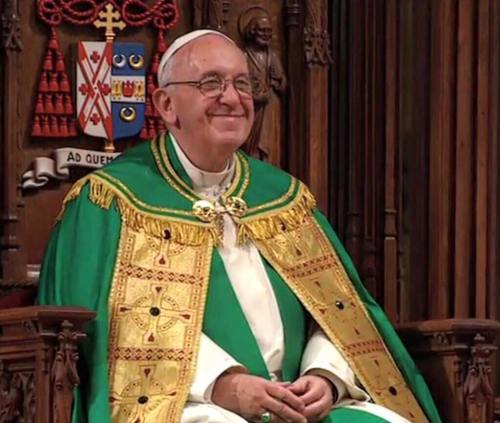 Pure joy (from Brandon over on Instagram) – I’m making it a life goal to be that grandma:

He was already driving away, but Pope Francis stopped his car to bless a boy with cerebral palsy (look at the comments on Facebook to see a ton of non-Catholics who love and support our Pope!):

Did you hear about people asking if Pope Francis is democrat or republican? Well, there’s this: 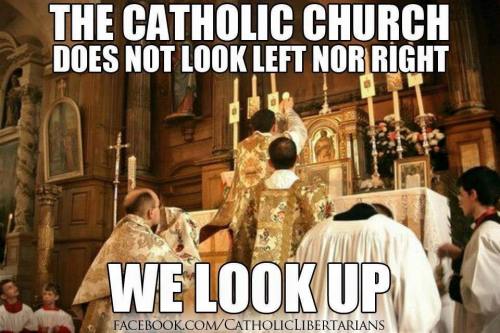 Pope Francis is a pope for our times. He is not high and mighty. He is one of us. He gives us hope, and he teaches us how to love better by doing things like eating with people who are homeless instead of government leaders. Find out more about Pope Francis’ visit at the Vatican news source.

Have other stories that have inspired you? Share them in the comments!

What a gift it is to be known, chosen, and cherished so deeply. While I could write endless pages about the adventure, challenge, and beauty of finding our vocation in each other and building the most incredible relationship in my life, I also just stand in silent awe and wonder in gratitude for what God has done in our lives. The answer to my years of prayers has a face and a name and all that I can really say is:
49th anniversary of a made up ‘right’ to end innocent lives. 18th annual Walk for Life West Coast. Last year helping run it. One day I hope to see the first day of my lifetime when abortion is no longer legal. It was a gorgeous sunny day to walk the streets of San Francisco in defense of the most innocent and vulnerable among us. Their legal protection should be a no-brainer!
“When does life begin?” is not a philosophical question.
Josh and I are so excited to share our engagement! Discerning God’s call in our lives has provided many memories and adventures, which we are so grateful for. We look forward to building a life together and a new chapter beginning next summer! 🎉❤️🎉
CLOSED
G I V E A W A Y CLOSED. Congratulations @judytreehugger1 !